With over 4.5 millions plays on a handful of his videos alone, timelapse photographer Michael Shainblum has clearly established his skill. But with “Symphony of Light” — which uses the interplay of light and shadow to explore the topography of Kauai — he set out to make something different. “A lot of my films have been bright and vivid, but this one is a bit dark and dramatic,” he explains. “I also wanted to capture more abstract, intimate scenes — focusing on shadow movement and the changing light — rather than overall big-picture shots.”

Michael spent nine days shooting on the island. As usual, he had the locations scouted and planned before he arrived. His biggest challenge was getting the right weather and conditions. For many locations, it took multiple trips back and forth to get conditions that were right for the shoot. Sometimes it was the physical logistics that proved challenging — even a seemingly simple setup like this slider shot over a creek was “surprisingly annoying to set up.” 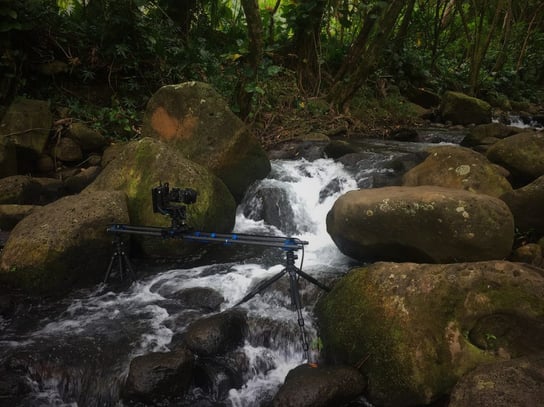 But it paid off: “Symphony of Light” earned Michael his sixth Vimeo Staff Pick. Besides, he  says, “It’s hard to beat shooting on a beach in Hawaii.”

See all Michael’s footage at Dissolve, including footage from this shoot. You can find out more about him in our Spotlight, and more about the shooting of this video on Michael’s blog.

END_OF_DOCUMENT_TOKEN_TO_BE_REPLACED

Graphic designing has become quite a popular career choice. Small and..
END_OF_DOCUMENT_TOKEN_TO_BE_REPLACED

Create without the cost and hassle of an Adobe Creative Cloud..
END_OF_DOCUMENT_TOKEN_TO_BE_REPLACED
Ideas RSS