Our manager of products, George Georgeadis, attended his second-ever NAB this year and came back gushing. Here are some of his personal highlights.

NAB can be a dizzying experience, but it’s a must for anyone who loves getting their hands on new gear early, having face-to-face discussions with the experts, and attending inspiring presentations from filmmakers you’ve always looked up to — not to mention the chance to actually talk to them. It’s tough to pick only a few favorites, but here are mine. 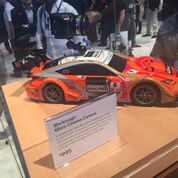 Blackmagic Design’s booth seems to get bigger every year, and it didn’t disappoint. From a new version of DaVinci Resolve to the 4K URSA Mini, there was a lot of new things to see. But perhaps what stole the show were Blackmagic’s two Micro cameras, the Micro Cinema Camera and the Micro Studio Camera 4K.

Minimalist in design, extremely lightweight, and small, these cameras are really appealing. According to a Blackmagic representative, they were inspired by how the Blackmagic Pocket Cinema Camera was getting used — mounted on walls, cars, and drones. There is no screen on these cameras, and buttons are on the front for easy access when the camera is in one of those tough-to-reach situations.

The world in VR 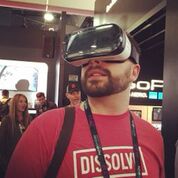 It was amazing and surprising to see how much focus there was on VR technology and content. Biggies like GoPro and RED had demos showcasing VR video, and it seemed like every few booths there was a VR headset to be tried. At one point, a guy was walking around demoing VR content on a portable Samsung VR headset he was using with his phone. It was everywhere.

I am really excited for the future of VR technology and the doors it may open. I hope it sticks around longer than 3D glasses did.

RED’s booth was full of wonderful and expensive toys to play with. It even came equipped with a plush, comfortable home theater where RED displayed beautiful 4K content shot with RED cameras, shown on a 4K projector no less. Returning to my home theater left much to be desired; however it got me excited about the future of video quality with resolutions 4K, 6K, and 8K coming onto the horizon.

Speaking of, RED showcased the performance and versatility of the new 6K RED DRAGON sensor and also announced a new camera in the DRAGON family, the WEAPON. What’s amazing about the WEAPON is the sensor’s color science and dynamic ranges, which need to be experienced to be believed. 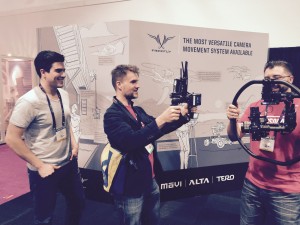 You might remember Freefly Systems, creator of the popular MōVI camera stabilization system. Well they blew me away this year with the MIMIC. One person holds the camera rig while the MIMIC allows a second person to wirelessly control the camera’s movement. You can tilt, pan, and roll the handlebar, which causes the camera to move in unison while mounted on the MōVI. It’s incredibly responsive and feels like magic.

Another cool thing at the Freefly booth? Their ALTA drone, which is quite revolutionary in that it can carry a camera weighing up to 15 pounds — and at a much lower price point than you’d expect, debuting at $8,495.

There’s so much to love about Canon’s new C300 Mark II camera. It was great to finally get some hands-on time with it. Anyone who has used the original will feel right at home with the Mark II. This one however features a 8.85 megapixel Super35 size sensor, can shoot internal 4K and Ultra HD, and has 15 stops of dynamic range.

There were also many examples of films and projects shot with the new C300, which made it even more appetizing. Definitely one of my next cameras!

The show is something of a wonder really — from the sheer size (over 100,000 attendees!) to the overload of information. Having said that, if you go with a focused plan and stick to a schedule, you can fit in quite a bit and make the most of this truly monstrous event, one that I look forward to every year.

Tags: Stimulants, Blackmagic
PreviousHow to spice up your video marketing Next Get to know us …

As a photographer, winter can be one of the most fun and exciting..

END_OF_DOCUMENT_TOKEN_TO_BE_REPLACED

How to Shoot a Commercial Video Abroad

Today, video is considered the most popular format for presenting..

END_OF_DOCUMENT_TOKEN_TO_BE_REPLACED

Tips and Skills For Becoming A Professional Travel Photographer

The digitization of photography has revolutionised the world of imagery..

END_OF_DOCUMENT_TOKEN_TO_BE_REPLACED

Here is Why The Key To Gen Z Is Video Content

END_OF_DOCUMENT_TOKEN_TO_BE_REPLACED

How to Master Your Screenwriting Skills

Writing is a truly marvelous skill to possess indeed. Despite all our..