In 2002, when Paula Lumbard founded FootageBank, she wasn’t exactly sure what high-definition was. But her TV colleagues kept asking for this emerging format, so she went for it. Along with VP Carol Martin, Paula has carefully built the rights-managed library into an eclectic collection boasting award-winning shooters and clips from big-budget TV productions.

“I fell into the film industry by accident,” says Paula Lumbard, founder of FootageBank. With a fine art background and ending up in Los Angeles for grad school, Paula realized she was living in the city of dreams. When it was time to get a job, that job was in the film industry.

Eventually Paula put her love of visual images to work and found herself producing visual effects for film and television, along the way making friends with VFX camera operators, optical artists, and animators. When the films she was working on called for special effects footage, there was none to be found except 16mm outs from the original Cosmos series, and that material could not be cut into a big-budget Hollywood film.

Coming from a family of entrepreneurs, Paula saw an opportunity. So, with eight boxes of 35mm special effects footage in hand, she began her first company, Film Bank. It grew into one of the top independent Los Angeles footage companies to service the burgeoning television and theatrical marketplace.

As 2000 rolled in (and two companies later), Paula was getting more requests for HD content from her TV colleagues. “‘We’re going to be needing high-definition material,’ they’d say. ‘Do you have any?’ We didn’t. We didn’t even know what it was.” Much like 4K today, HD technology was in its infancy. For Paula, it was a leap but also an opportunity to build something different in a visual, creative business. So in 2002, she founded FootageBank. 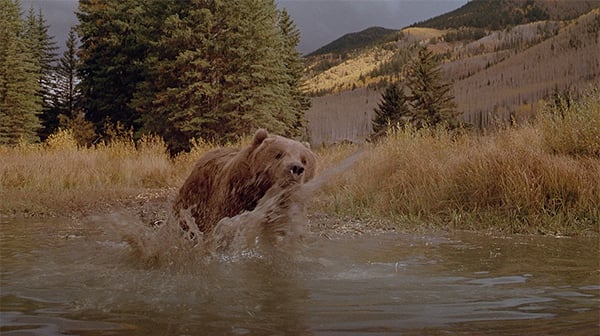 From the start, careful curation has been key to FootageBank’s rights-managed collection. And with most of its customers being in scripted programming, non-fiction television, or feature films, one of the main curation considerations is rights and air-tight releases.

“Released locations and people is where I’ve pitched my tent,” says Paula. “It’s not okay to shoot a concert as long as you put up a ‘This concert is being filmed’ poster. Just because you post a sign doesn’t mean the people are released. They’re not. We can’t take that clip.”

Ease of use, service, and quality are also part of FootageBank’s guiding principles. Paula and FootageBank VP Carol Martin keep a close eye on their clients’ needs as they build the collection. They won’t take content they don’t believe will license, nor will they duplicate content or step on current shooters’ stylistic toes. They look for material that complements the collection. That often sees them working with, and educating, cinematographers to ensure they’re producing high-value, usable content. “We know the medium. We know the equipment that’s required,” says Paula.

For editors working in television or movies, “stock” isn’t a bad word; it’s simply a part of their palette. “We all know we need it and use it,” says Paula. “Stock is like Kleenex: everyone uses it but no one talks about it.” In her experience, editors’ issue isn’t with using footage, it’s with finding it and getting it — quickly.

As far as Paula is concerned, stock isn’t “B-roll.” “If you have beautiful footage, and it’s artfully curated, stock footage doesn’t have to be seen that way.” 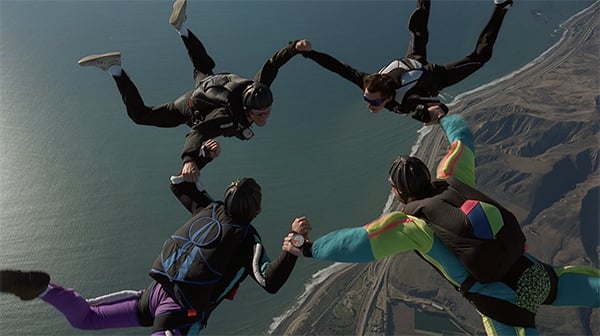 Then and now and beyond

The stock footage industry has obviously changed a lot since Paula entered it. Thirty years ago, the players were limited to movie studios and a few independent libraries. Now there are dozens and dozens, which changes the game significantly.

And media is now story- not image-based. “It’s no longer about selling a watch — it’s about telling stories.” As a result, FootageBank keywords its footage in a more story-centric way.

Where will the industry be in five years? “I have no idea,” Paula says. “All I know is: more media, more screens, more stories. Maybe movies will be licensed via Google Glass.”

She also knows there’s a great democratization in video happening at the moment (her 7-year-old nephew recently spent a weekend with her making movies), and footage is an entrepreneurial business. “So who knows.”

A few of her favorite things

Paula enjoys getting full films and breaking them into clips. Because all actors, locations and music must be released, this doesn’t happen often, but when it does, she loves it. The B-movies are fun to work with (the B-horrors even more so), and she likes working with documentaries because they learn so much and see some beautiful cinematography as well.

These days, many professional photographers who have done well with stills want to transition into motion — and that presents a wonderful teaching opportunity. “It’s not easy,” Paula explains. “What people look for in motion is very different than in stills. It’s a tough transition, but it gets back to the idea of telling a story with a clip.”

Working with young filmmakers is another of Paula’s loves. FootageBank gives young filmmakers a leg up by giving them footage, licensing it at reduced fees, or arranging a trade whereby the up-and-comers receive footage in exchange for them bringing footage from their film back to FootageBank. “And then we make them money,” says Paula. Some have even gone on to win awards with those films. “Those are the memorable moments.”

Tags: Shooters
PreviousVideo and motion graphics trends of 2015 Next Go for drama with Universe CrumplePop

END_OF_DOCUMENT_TOKEN_TO_BE_REPLACED

Graphic designing has become quite a popular career choice. Small and..
END_OF_DOCUMENT_TOKEN_TO_BE_REPLACED

Create without the cost and hassle of an Adobe Creative Cloud..
END_OF_DOCUMENT_TOKEN_TO_BE_REPLACED
Ideas RSS